‘Truly I tell you, just as you did it to one of the least of these who are members of my family, you did it to me.’ – Matthew 25:40 NRSVCE 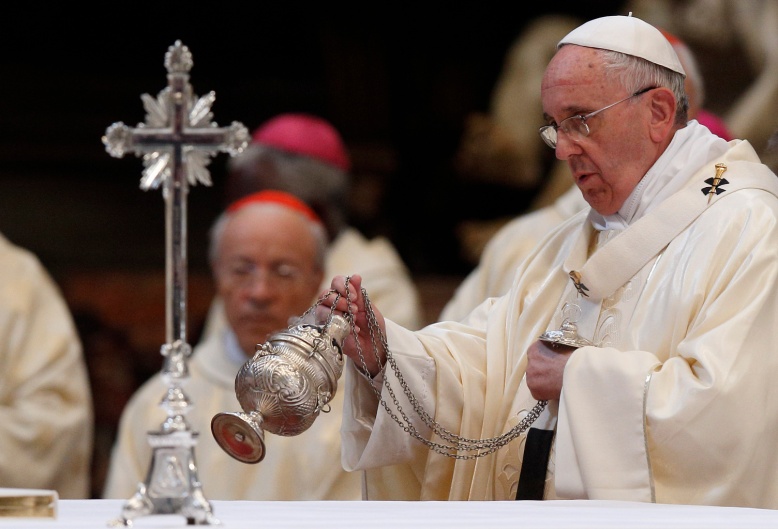 Pope Francis uses incense as he celebrates a Mass for the opening of the general assembly of Caritas Internationalis in St. Peter’s Basilica. (CNS/Paul Haring)

“The planet has enough food for all, but it seems that there is a lack of willingness to share it with everyone,” Pope Francis said May 12 during his homily at a Mass opening the general assembly of Caritas Internationalis.

The network of 164 Catholic charities — who were to welcome Caritas South Sudan as the confederation’s 165th member — was to focus on the theme, “One Human Family, Caring for Creation.”